Founded in 1888, the legendary Royal Portrush Golf Club has two Championship Courses on the Antrim Coast, the renowned world class Dunluce Links, and its hidden gem, the Valley Links. Royal Portrush, the only club in Ireland to have hosted The OPEN Championship, it will draw you for its reputation, quality and spectacular sea vistas of Scotland and Donegal.

The Dunluce Links championship course ranks amongst the worldÃƒ¢€™s greatest. Voted No. 12 in the world by Golf Magazine, it is a masterpiece of golf course architecture. Take in breath-taking sea views of the White Rocks, a ruined cliff top castle, silver sand dunes and unimaginable rough and testing greens, combined with the unpredictable weather of the roaring North Atlantic Ocean.
Blackrock House is just 1 mile from Royal Portrush Golf Club - Home of the 148Th OPEN . Martin Ebert of Mackenzie &Ebert, world renowned golf course architect, who created the two new holes at Royal Portrush has stayed with us at Blackrock. Check out his signed photograph in our Snug which also has views of the Club House and Links.

During The OPEN, Blackrock House was delighted to offer corporate hospitality for ROLEX. We also welcomed South African professional Richard Sterne and his family during the competition. Enjoy our local golf memorabilia collection, autographed golf books and signed Golf Pin Flags by Irish Winner Shane Lowry plus local champions Darren Clarke and Rory McIlroy! We were proud to host Gil Capps, Emmy award-winning content producer, author and Head of Editorial Research at the NBC Golf Channel who stayed whilst researching his commentary on Royal Portrush for The OPEN. 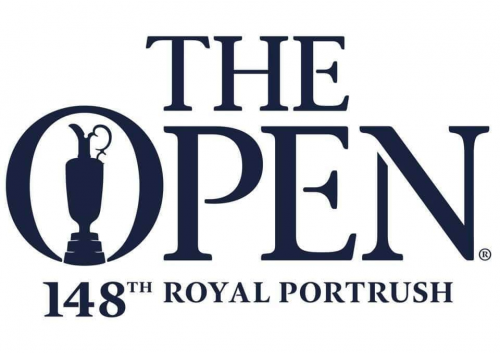 Portstewart Golf Club is proud to offer three mighty 18-hole golf courses on the Causeway Coast. The Strand, a truly outstanding championship links course and host of the 2017 Dubai Duty Free Irish Open. Its first tee, renowned for being the finest opening drive in Irish golf, blows you away with its elevated sweeping views over the golden beach, the Wild Atlantic sea, and the dunes towards Mussenden Temple on the distant headland. On the horizon Lough Foyle sparkles by the hazy distant shores of the Inishowen Peninsula in County Donegal.

The Riverside Course Includes 9 new holes running down to the river a perfect day out with charm and character. The Old Course hugs the rocky shoreline east of Portstewart town where the Club was originally founded in 1894.

Blackrock House is less than 4 miles from Portstewart Golf Club, and we were delighted to be official partners for The Rory Foundation Charity during the 2017 Dubai Duty Free Irish Open and World Host Irish Open Ambassador. Blackrock House was the star prize for the #RoryTrickShot competition. We welcomed World Snooker Champion Dennis Taylor who played in the Pro-Am that week. Check out Rory McIlroys autographed Golf Pin Flag when you come to stay!

Blackrock Golf Guests enjoy our award-winning Bushmills Whiskey Fruit Cake with our compliments during a round of golf! 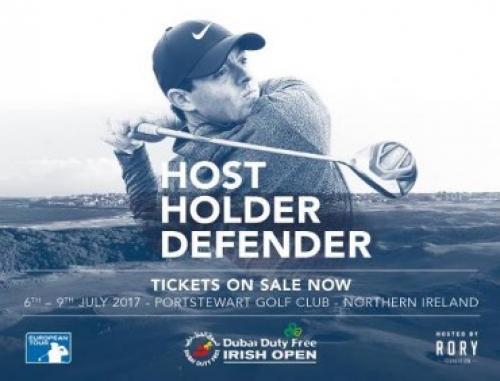 Castlerock Golf Club, founded in 1901 is a classic links course set amidst towering sand dunes, colourful gorse with exciting, elevated sea views. Situated on the Causeway Coast and only a 20 -minute drive from Blackrock House and both Royal Portrush and Portstewart Golf Clubs. We can offer special rates for our golfing guests when we book your tee times at Castlerock.

It is known that Harry Colt, while spending time with his work at Royal Portrush, was consulted regarding the redesign of the Castlerock links around 1930. Today, Castlerock is rated one of Ireland?s finest links and won the Golfer Guide to Ireland ?Hidden Gem Award?. The Mussenden Links overlooks the stormy Atlantic Ocean so expect undulating rugged terrain combined with lots of sand and natural water features which create this challenging yet visually stunning course. The smaller Bann Course is a mixture between parkland and links, unique, enjoyable, and picturesque.

With the Inishowen peninsula in the distance you can see it is an easy daytrip over to Ballyliffin Golf Club in County Donegal, Ireland. An early start from Blackrock House with the seasonal Scenic Lough Foyle car ferry from Magilligan to Greencastle cuts car journey times by 45 minutes each way. 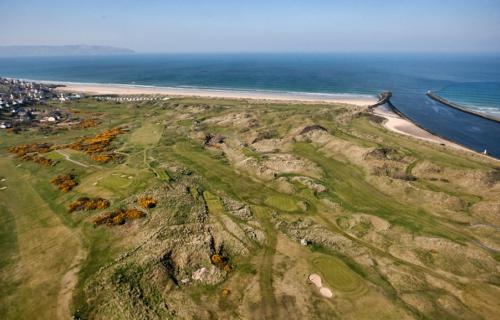 Royal County Down, established 1889 ranks as one of the best in the world. Its Championship Links often described as a fine-tuned masterpiece located in one of the world?s most naturally beautiful settings in the Murlough Nature Reserve below the mighty backdrop of the Mourne Mountains. The inspiring links stretch along the shores amongst impressive golden dunes surrounded by purple heather and golden gorse with a backdrop of Sleeve Donard. The ninth hole is one of the most photographed holes in world golf. Annesley Links at Royal County Down shares the same magnificent setting as the Championship Links. It is a miniature version and the perfect warm up with captivating views of sea, mountains, and dunes.

Blackrock House in Portrush is just under 2 hours drive from Royal County Down so it is an easy daytrip from the Causeway Coast. The seaside town of Portrush is centrally located and has a great variety of bars, restaurants, live music, and nightlife including the famous Harbour Bar that serves the best Guinness and where you will often see Darren Clarke!
We can help arrange private transport with our partner luxury coach operator so all your group can sit back and relax during your golf break. We offer extra early breakfasts times, breakfast ?to go? for your journey and late in-house suppers to suit your tee times. Check out our Golf Video starring our recent golf guest, New Zealand golf professional Rhys Bishop, CEO of Golf Warehouse. 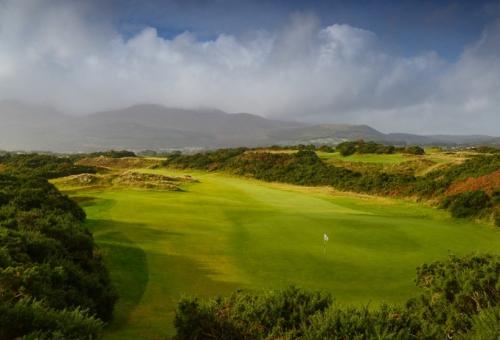 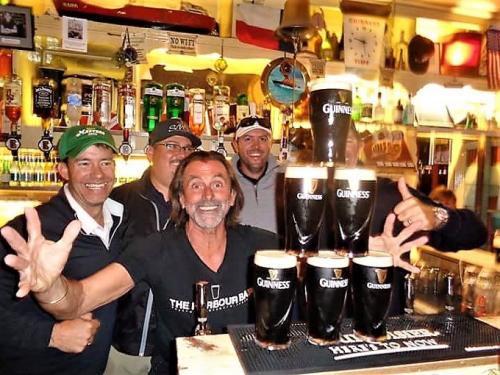